Schedule Meeting
What is your Risk Number? 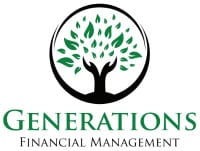 A stock market, or stock exchange, brings together buyers and sellers of shares of companies to help maintain balance and order in the facilitation of securities. There are three major exchanges: the Dow Jones (30 stocks), Standard and Poors 500, and the Nasdaq. While these exchanges are not the only way people can trade securities (a financial instrument used to represent a monetary investment in an entity), they are the
most popular among traders, media and investors. Shares of stock traded on these primary exchanges represent an ownership in the publicly traded companies. In addition to stocks, exchanges also facilitate the trading of bonds and other securities.

Issuing stock is one of the ways public companies raise capital, or cash, to run their business. Stock trading is facilitated by matching up buyers and sellers of shares through the exchanges. Shares represent a person’s or entity’s ownership in a company. The price of a share can be based on many different things, such as a company’s earnings, their product or service, the industry, consumer demand, number of outstanding shares, and the financial health of a company. Publicly traded companies are composed of a maximum number of shares when they are formed, but they can request additional shares to accommodate company growth.

There are two main types of stock: common and preferred. At the most basic level, common stock has a higher risk/reward relationship while preferred stock has a lower risk/reward relationship. Common stock may or may not pay dividends, but it has a greater potential for returns as investors can capture the company’s growth when selling the stock. Preferred stock acts more like a bond, by providing steady cash flow through initially stated dividend rates that the investor receives on a quarterly basis. One other main difference between preferred and common stock is that should the company go bankrupt, the owner of common stock often has little to no claim against the company where as the owner of preferred stock can be listed as a creditor to potentially receive
back some of their invested capital.

Companies or governments issue bonds when they need additional capital. The funds raised are used to finance new projects, maintain ongoing operations, or refinance existing debts. The bond issuer must eventually pay back the money provided by the
investors.

The borrower (issuer) issues a bond that includes the terms of the loan, interest payments that will be made, and the time at which the loaned funds (bond principal) must be paid back (the maturity date). The interest payment (also known as the coupon) is part of the return that bondholders earn for loaning their funds to the issuer. The interest rate that determines the payment is called the coupon rate.

Most bonds can be sold by the initial bondholder to other investors after they have been issued. In other words, a bond investor does not have to hold a bond all the way through to its maturity date or call date (the date an issuer could call, or redeem, the bond before maturity). It is also common for bonds to be repurchased by the issuer if interest rates decline and it can reissue new bonds at a lower cost, or if the borrower’s credit and cash has improved.

The initial price of most bonds is typically set at par, usually $1,000 face value per individual bond. The actual market price of a bond when reselling it depends on a number of factors: the credit quality of the issuer, the length of time until expiration, and the coupon rate compared to the general interest rate environment at the time. The face value of the bond is what will be paid back to the borrower once the bond matures.

A fund manager(s) decides how to invest the money based on the investment objective of the mutual fund. The fund manager is paid a fee for managing the fund, which comes from the cash in the fund.

Mutual funds are typically "open ended," meaning new investors can buy into or sell shares at any time. There is no maximum number of shares an open-ended mutual fund can issue, and the shares traded during the day receive the closing market price at the end of the day. When this happens, new shares are given to the new investors. When an investor sells their shares, they sell it back to the fund, and a gain or loss is realized. This could result in taxable income that must be reported on a tax return and paid by the shareholders of the fund. Closed-end mutual funds raise capital in the beginning like a public company does and issue a limited number of shares. They also trade similar to stocks and ETFs on an exchange. Closed-end funds have a few options to increase or decrease shares capital within the fund.

There are thousands of different mutual funds, specializing in geographical areas, businesses, and different investment styles. Some funds only invest in other funds.

An ETF owns underlying assets such as shares of stock, bonds, oil futures, gold bullion, foreign currency, etc. and divides ownership of those assets into shares. Most ETFs are set up as an open-ended fund.

ETF shareholders may receive a portion of the profits, such as earned interest or dividends paid in addition to market fluctuation. ETFs can be more efficient than mutual funds due to their liquidity when the market is open and their overall expenses may be lower because there isn’t as much trading inside the ETF.

A Unit Investment Trust, or UIT, is an unmanaged investment company that offers a fixed portfolio of stocks and bonds. UIT’s are designed to provide capital appreciation and/or dividend income for a specific period of time. One UIT is typically valued at $1000. The UIT is composed of a group of securities and typically pays dividends on a quarterly basis. The UIT is terminated on a fixed future date at which point the investor receives the UIT’s unit price based on the current market value of it’s underlying stocks and bonds. With that, the investor will realize a gain or loss for tax purposes.

UIT’s have no board of directors, investment advisors or any sort of active managers. The UIT’s underlying assets remain unchanged throughout the specified period.

UIT’s are set up under a trust indenture that serves as a contract between the UIT and its holder to ensure that all conditions are met prior to the end of the contract.

The owner can redeem the units to the trust before maturity at the current market price but could incur fees.

A real estate investment trust (REIT) is a company that owns, and in most cases operates, income-producing real estate. REITs own many types of commercial real estate, ranging from office and apartment buildings to warehouses, hospitals, shopping centers, hotels and timberlands. REITs can be publicly traded on major exchanges, public but non-listed, or private. The two main types of REITs are equity REITs and
mortgage REITs.

REITs are similar to mutual funds or ETFs, but instead of owning a group of stocks, the REIT owns a portfolio of commercial or residential properties or mortgages. Investors can buy shares of a REIT much as they would in a company or mutual fund.

An annuity is a contract between an investor and an insurance company. In exchange for giving an insurance company a lump sum payment or series of payments, you receive income and/or principal payments over the term of the contract. The payments can begin immediately or at some point in the future.

Funds accumulate on a tax-deferred basis and, like 401(k) contributions, can only be withdrawn without penalty after age 59.5. While your balance grows tax-free, disbursements are subject to income tax on the amount above your initial investment.

You have many choices in an annuity, including how and when to start receiving payments. An annuity that begins paying out immediately is referred to as an immediate annuity. An annuity that starts at a preset date in the future is called a deferred annuity. In addition, you may choose to receive payments for a specified period or for a lifetime.

Annuities come in three main varieties: fixed, variable and indexed. Each have their own level of risk and payout potential. Fixed annuities pay a guaranteed rate based on the balance of your account. The downside of this predictability is a modest annual return.

With a variable annuity you have the opportunity for a higher return. However, this choice comes with a greater risk. Your variable annuity payments are based on the performance of investments in your sub-accounts, which are similar to mutual funds.

Indexed Annuities can offer returns in between fixed and variable annuities. Typically, the performance of the annuity is tied to an index, such as the S&P or Russell 1000, but can also include other indices. Most indexed annuities will offer protection from down markets but limit your return with a “cap” rate and/or participation rate.

Annuities are considered complex investments and have fees associated with them. Annuities can have steep surrender charges if the annuitants withdraw their money within the first few years of the contract.

Who is an investor?

Investors use their money to create wealth.

The power of compounding is the single most important reason for you to start investing right now. Every day you are invested is a day that your money is working for you, helping to ensure a financially secure and stable future.

Albert Einstein once said “Compound interest is the eighth wonder of the world. He who understands it, earns it … he who doesn’t … pays it.”

All investing involves risk including loss of principal. No strategy assures success or protects against loss. There is no guarantee that a diversified portfolio will enhance overall returns or outperform a non-diversified portfolio. Diversification does not protect against market risk.